One of the take-home messages from the last LCWS 2017 (International Workshop on Future Linear Colliders), held in Strasbourg (Oct. 23-27, 2017) is the amazing progress made towards reducing colliders energy consumption.

ILC, CLIC, material science and technology experts reported on expected great saving in the short to medium terms on the main accelerating components. As mentioned in an introduction talk (IN2P3-KEK D. Perret-Gallix), these progresses were fueled mainly by:

Today, energy consumption is becoming a show stopper for some of the future projects, although the concern is not really new. All along the accelerator development history, accelerator physicists and engineers have been tackling this limitation by inventing new paradigms: circular instead of linear machines, colliders instead of fixed target experiments, superconducting instead of normal conducting (magnets and cavities), etc…

It is now clear that the future of accelerator physics heavily relies on solving the energy consumption issue. All efforts are now directed to the following targets: improvement of the component efficiency, energy consumption aware operation, energy recovery, recycling and storage as well as the incorporation of renewable energies in the global mix.

On the first item, namely energy saving, remarkable and encouraging progresses have been presented at LCWS 2017, mainly on the following components:

The driving RF power provided by the klystron tubes takes the lead in the linac electrical power inventory. Increasing klystron power efficiency has a major impact on the global collider energy consumption. A klystron is actually a small electron accelerator where the electron beam is bunched by the input low power RF signal delivering a high power microwave when reaching the output or catcher cavity. 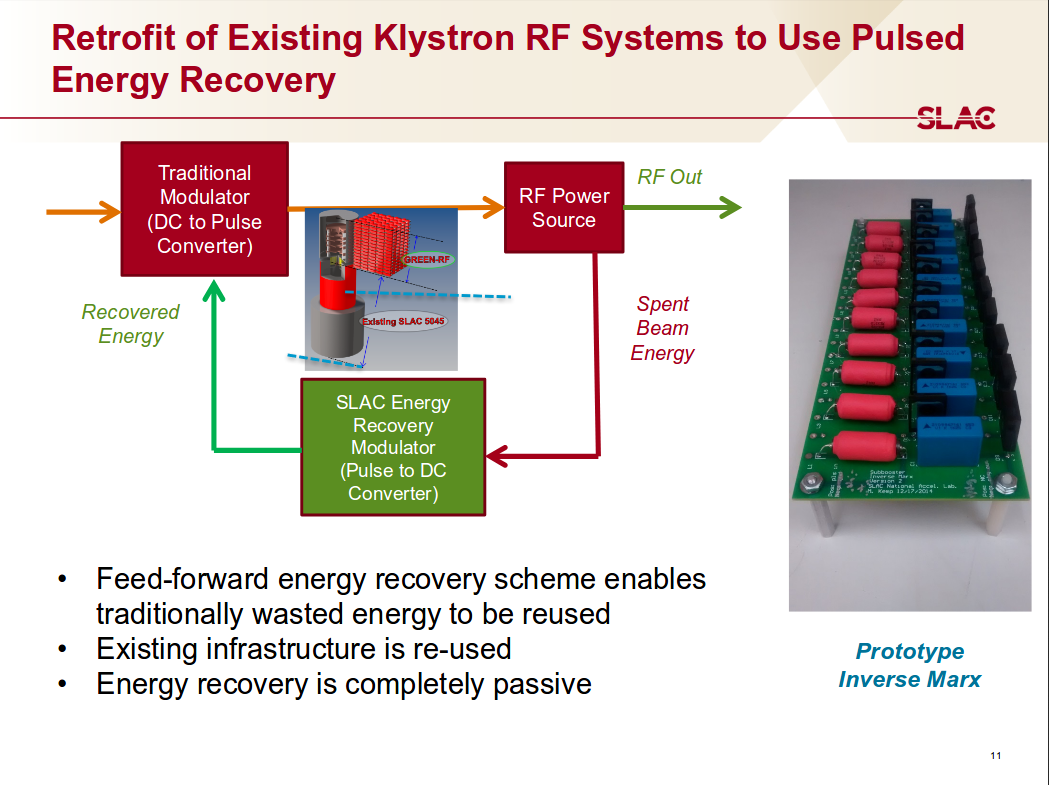 The RF cavities fed by the klystrons are resonating elements which transfer the microwave power to the beam. 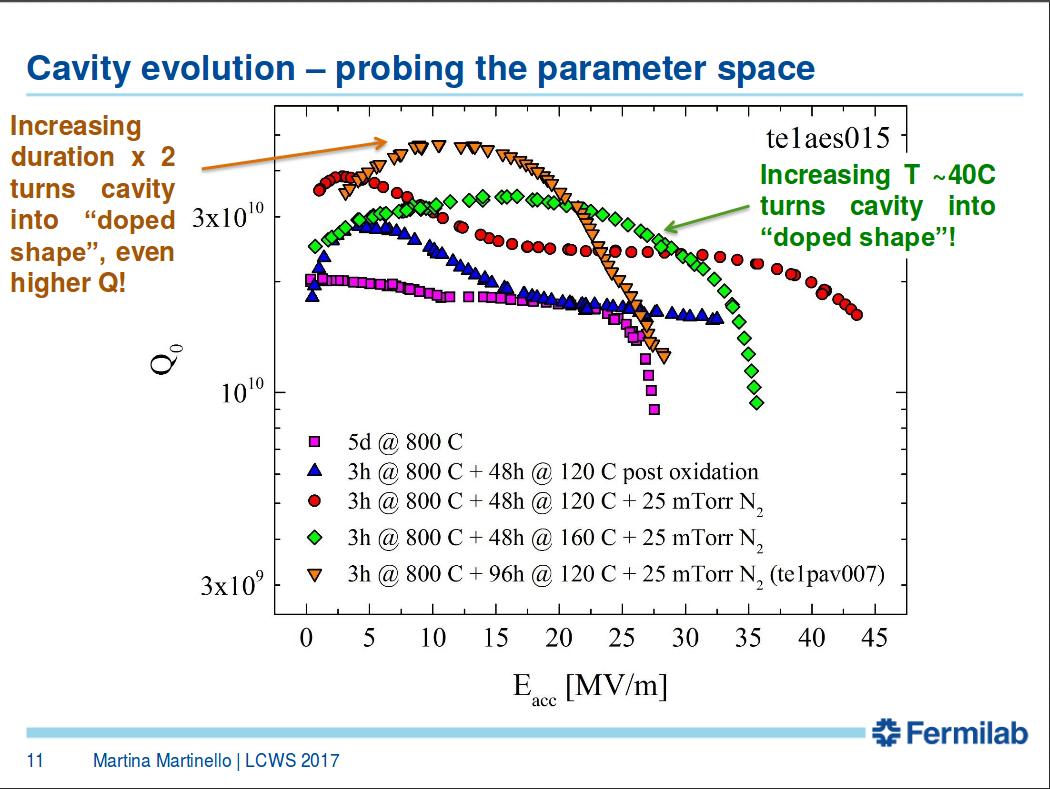 Even linear colliders have lots of magnets: quadrupoles to focus the beam all along the linac or bending magnets, (dipoles) in particular in the damping rings (where the beam bunches are shaped before acceleration). In the CLIC project their consumption amount to 124 MW, 21% of the total CLIC expected consumption at 3 TeV. The CLIC design group has launched a dedicated R&D to replace the electromagnets by adjustable permanent magnets (Superconducting magnets would have imposed the addition of a cryogenic plant only for this purpose as the whole CLIC project is non superconducting) (CERN S. Stapnes). Prototypes are being tested.

Since the TESLA project, 16 years ago at DESY, for a long time, not much progress has been made on the SCC linac performances or efficiency. The TESLA design was considered as the state of the art, difficult to beat. But since the ILC proposal is now entering the actual implementation stage and based on lessons learned from the construction of the free electron laser XFEL in DESY (a scaled down version of the ILC linac), new R&D have been launched producing today exciting results. They are expected to lead to large saving both in capital and running cost paving the way to reaching even higher energies.

It should be noted that the SCRF R&D would be dramatically boosted would a green-light be given to the ILC project. Beyond the big impact to the project it-self, it would directly benefit the industrial and medical accelerator sector (an currently estimated park of ~30000 equipments in the world). Similarly low consumption klystrons are paramount for satellite communications, mobile radars, energy transmission and defense.